Pink Shirt Day will soon be upon us. On February 25th, we are being encouraged to wear something pink to unite us in working together to prevent bullying in our schools, in our communities, and online. I’m very glad to know that we, as a society, are continuing to take this issue seriously—it affects more people every day than we could ever know.

Bullying has likely been around since the beginning of time. It has always been an integral part of the concept of survival of the fittest in the animal world, and we humans have been pitting ourselves against each other in aggressive ways for a very long time, in a variety of ways. However, with the advent of the Internet and all its many forms of social media, we are now privy to what is going on in people’s psyches and lives in a much deeper, more obvious way.

It used to be that we really didn’t know what was going on behind closed doors, in people’s relationships with each other. Now we have news every single day about our inhumane treatment of each other when we hear about child abuse, domestic violence, road rage incidents, violent home invasions, senseless shooting sprees, and many other forms of hostility and intimidation happening in our own backyards—not to mention the horrific actions of groups like ISIS, Boka Haram, and Al Queda. We too often hear about children bullying each other mercilessly, both on and offline, to the point where our youth are committing suicide as a result. Unless we’re living in a cave, we simply can’t seem to get away from it.

But I’m not telling you anything you don’t already know. How has all of this gotten so devastatingly out of control?

Why Does Bullying Continue? 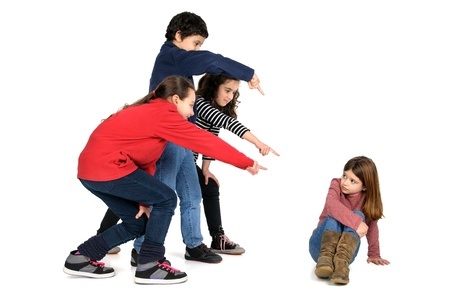 I believe that, on the most basic of levels, bullies bully because they can—because they are allowed to get away with it. When we don’t stop a bully, we give the message that it’s okay for the aggression to continue since there will be no consequences.

I also believe that bullying is an addiction. We use addictive behaviours to mask what we feel—generally about our own low self-esteem and dissatisfaction about our lives. Anything can become an addiction if we are using it for that purpose: drugs, alcohol, food, TV, smoking, gambling, excessive spending, gaming, sex, co-dependency in relationships—the list goes on and on. Until we’re willing to look within and become healthier emotionally, addiction just becomes more and more widespread and progressive, often with personal and worldwide catastrophic consequences.

For example, when Boka Haram made one of its first appearances on the international stage by kidnapping those hundreds of schoolgirls in Africa, what happened? Basically nothing. No one stopped them—and most of those poor girls have never been found. The world essentially abandoned these children and told the bullies that they could keep doing what they were doing—which they did, progressively. When ISIS discovered that the world wouldn’t stop them either, they created their own bandwagon by escalating the evils they were already perpetrating. All this time later, these kinds of terror organizations are still doing this to innocent people—as we mostly turn a collective blind eye to it.

We keep asking our governments, “What’s taking you so long?” But the question we should really be asking ourselves is, “What is taking us so long?”

Why aren’t we demanding a stop to this lunacy? Why are we not banding together as civilized people all over the world and letting the officials that we elect—who work for us, whose salaries we pay—know that we unequivocally expect them to get it together and put a stop to this? I’m as guilty as the next person about this—and I’m saying, right here and right now, that I am tired of feeling so fearful and powerless!

How Are We Enabling Bullying to Continue?

On a smaller but still very damaging, scale, we all know that bullying is happening right under our noses on a daily basis. Why are we allowing other people’s children to hurt our children? Why are we teaching our children—by our own aggressive role modelling—that it’s natural to disrespect and injure others? Do we think they don’t hear us when we scream at other drivers from the relative safety of our own cars? What must they be learning when they see us physically and verbally abusing those around us, sometimes even their own other parent or sibling? Are we in so much denial that we’ve learned how to pretend that our actions don’t affect others, sometimes in horrific ways? How are we explaining this to ourselves—and how could any rational lies we might tell ourselves make this behaviour even close to being okay?

A few days ago I received a very interesting email from a friend of mine in Texas. She had written a blog about another woman who’d been refused service at a small, local restaurant, also in Texas. When I read what that woman had been subjected to, I was livid—but I also immediately understood that when we remain passive in the face of bullying, we basically give the bully permission to continue to mistreat us.

The woman in question had recently had lap-band (gastric bypass) surgery and had been advised by her doctor to order from the children’s menu when she went out to eat. While dining out with her family she attempted to do just that, when she was met with derision and total non-compliance from the waitress—who also claimed to be the acting manager. Because she was ashamed and didn’t want to make waves, the woman did nothing to challenge the waitress but instead fell silent—which in my opinion is the worst thing we can do when confronted by this sort of occurrence, especially if we are not in any direct physical danger if we do choose to instead respond assertively.

What Can We Do?

It’s taken me a long time to develop my sense of self-respect, which in my opinion is the most important thing we either have or don’t have. I’ve lived with self-respect and I’ve 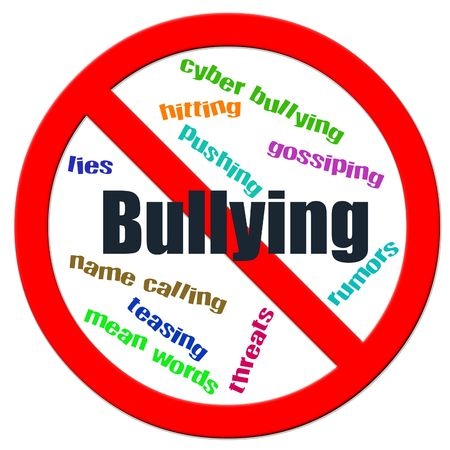 lived without it—and today it is completely non-negotiable in my life. I also have Crohn’s Disease, with the accompanying food sensitivities, and I often order differently than other people when eating out so that I can take good care of myself. What I’m sure about today is that if I had been faced with this waitress in that situation, I would have very calmly pointed several things out to her:

Even if we can’t personally stop ISIS and other terror groups, we can definitely let our elected officials know what we expect of them. We can also do our part to stop the bullying that happens in our own backyard by teaching our children—and each other—by our own example that bullying is NEVER an acceptable way to deal with feelings.

And if we don’t make that choice—if we choose instead to do nothing because we don’t want to make waves or because we believe we’re worthless or powerless—we will have no one to blame but ourselves for this horrific behaviour continuing to spiral even more out of control, ad infinitum.

Which choice will you make?