“Narcissism” is a big word for a simple concept. To explain what narcissism actually is, we need to look at Greek mythology.

Once upon a time, a young man named Narcissus, who was blessed with many beautiful physical attributes, was sitting alone by a pond. As he looked down into the still water, he saw his own reflection shining back at him. Mesmerized by his own magnificence—which he himself considered to be nothing short of stunning—he gazed lovingly into the water, moving closer and closer to that face which so entranced him. Down and down he leaned, trying to become one with the face he had fallen in love with—until at last he fell into his own reflection in the pond and drowned. Narcissus was so drawn to his own beauty that it caused his untimely demise. 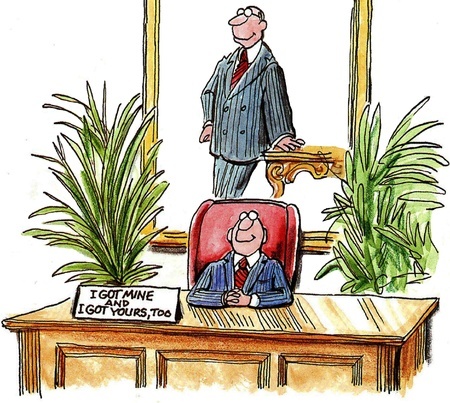 This brings to mind a time when I was involved with a community theater group several years ago. I was acting in a play with a narcissist—let’s call him George—who seemed to have no concern for anyone but himself. Even in show business circles where there is a fair amount of narcissism, George was a standout. Although he wasn’t a particularly skilled performer, he was so good at projecting the image of a confident and talented actor that he was sometimes able to fool other people. But those who knew George well had a nickname for him: “I Love Me, Who Do You Love?” In fact, that could be the best descriptive nickname I’ve ever heard for people with narcissistic tendencies.

Narcissism has now been classified as a personality disorder in the Diagnostic and Statistical Manual of Mental Disorders (DSM-5), which is the most prominent go-to resource for virtually all mental health conditions. One of several personality disorders, narcissism is listed with such other syndromes as Histrionic, Anti-Social, Grandiose, and Borderline. What sets Narcissistic Personality Disorder (NPD) apart is the excessive self-centeredness, vanity, and often total lack of empathy and compassion for others.

Some other DSM-5 criteria for Narcissistic Personality Disorder include:

Although people who are narcissistic appear to think very highly of themselves, this can be deceiving. In order to fully understand the possible origins of narcissism, it is important to delve a little deeper. In my opinion, the most arrogant people we encounter are also the most insecure. In fact, if not for their intense feelings of insecurity such as profound shame and unworthiness, arrogance as a common coping strategy among people with narcissistic leanings would be unwarranted—and completely unnecessary.

Even when we have a better understanding of what this personality disorder is all about, even when we can feel empathy and compassion for those who seem to have no concern for anyone else but themselves, it does not take away the pain that being in a relationship with a narcissist can cause. If we love a narcissist—in any form or context—the suffering we go through is real. The scars are real. And we must honor ourselves for the courage we have to be willing to look at this difficult issue and heal this pain within ourselves.

Often, children of narcissists have trouble forgiving their parents for the profound hurt they’ve experienced. I can personally understand that problem, and I pose the following questions:

As the adult child of a profoundly narcissistic parent, I believe these are important questions to ask, and I hope to find some answers to them. At the moment, for me, the jury is out. It would make sense that if people with NPD truly cannot change, we would likely have an easier time forgiving them. However, if a narcissist is simply choosing to continue the dysfunctional behavior because that feels easier for them, then forgiveness for causing so much pain to so many others would prove much more challenging.

It Was Never About You

When we are children, we need our parents and other caregivers to take care of us. We are not able to function on our own for quite some time. We don’t have the luxury of thinking that our parents might actually be unhealthy in any way because 1) we need them to be healthy so that we can survive well, and 2) we are taught, over and over, to respect our elders, especially our parents, even if they are not behaving in ways that deserve our respect. If they are acting in inappropriate ways, it is therefore easier for children to think that there must be something wrong with us than to think there might be something wrong with our parents.

This makes perfect—albeit flawed—sense to me now, as an adult.

As adult children of narcissists, we need to remember that what happened to us in our childhood was never about us to begin with. What our parents did to us, often done in the name of ‘love’ as they knew it, was about their need to behave like that. It was not because of anything we did wrong—it was really not about us at all. But since that kind of trauma definitely felt like it was about us, many of us made the classic childhood mistake of believing that the often difficult and distressing treatment we received must have been because we were not smart enough, or pretty enough, or strong enough—or perhaps just plain not good enough—and we have unwittingly carried that brutal scar into adulthood. 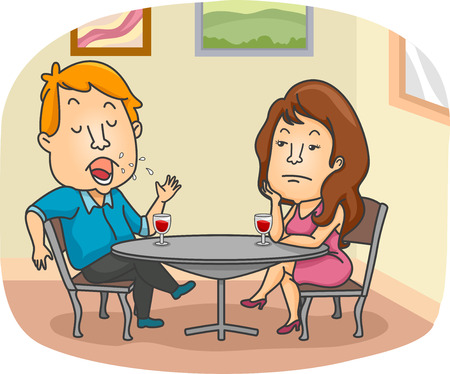 And as a result, far too many of us found ourselves in the seemingly unrelenting throes of addiction of some sort. Sometimes we chose to stay in our ‘comfort zones’ by creating relationships with partners who treated us in similar ways as when we were children—without even realizing it. Narcissistic partners can be extremely demanding to live with because of their need to always be right and better than everyone else. When we are in any type of relationship with someone who is narcissistic, we often feel so badly inside that we seek out ways to help ourselves feel better—and these can easily turn into addictions if we’re not aware of our self-sabotage. When that happens, life does not get better—it progressively gets worse.

But the truth is that none of us has to remain in that terribly painful place. Healing is possible—we can find our way back. If what you’re wanting is a healthy loving partnership with the potential for true intimacy, it will be important for you to look within and do your own inner healing around why you chose a narcissist to begin with—and whether you want to stay there or move on.

Embarking on the Healing Journey

Once we understand that narcissists have their own private logic informing them that they know best about everything (while actually feeling quite inferior to others), we also begin to understand why they so desperately believe that there can be no space for anyone but them and no room for any other opinions but theirs. For those of us who are not narcissistic, this surpasses all reason and simply cannot be fathomed in childhood. For most of us who were raised by narcissistic caregivers, the wounds we incurred back then can only be healed when we become adults.

And, as the adults we are, if not now—when?

I invite you to come along with me on this journey of healing the hurt you’ve been carrying with you for possibly a very long time. Even if that prospect feels uncomfortable for you, you will begin to see how much more advantageous it will be for you when you allow yourself to feel the emotions that come up for you. Remember: we can’t heal what we won’t allow ourselves to feel. You are not alone anymore: there are, in fact, millions of adult children of narcissists—and a great many others who are in narcissistic relationships—all over the world, just like you. We are all feeling the same emotions and tending to the same types of wounds. Many of us have inadvertently become locked into addictive behaviors for a long time, not understanding that we really do have another choice.

Instead of allowing our secrets to keep us sick, what if we decided to stop hiding in shame-based addiction? What if we decided instead to speak our truth about our long-held pain and to heal together?

Can you imagine how much better life could be?