As most people know today, emotional intelligence is a real thing. There are courses that are taught about it and many books have been written about it. It is no longer enough to just be intellectually ‘smart’—it has also become important to be self-aware and to be able to handle our emotions in healthy ways.

What we’re seeing, however, is that there seems to be an increase in world leaders who don’t hold those values in high esteem. Perhaps the US’s most self-aware and emotionally intelligent leader is on his way out of office soon, to be replaced predominantly by men who bully and feel they have a right to behave this way. This is a terribly unhealthy message to send to children especially, who need to be taught the exact opposite. Today, we are seeing a great many more people, both in the US and in Canada where I live, who don’t seem to know how to disagree without being disagreeable—one of the hallmarks of emotional intelligence. For myself and for many others, this feels like a very scary situation.

Is it really possible to have a difference of opinion without having to slam the other guy—physically or verbally?

The US election is now over and Donald Trump has won. Although I wasn’t enamoured of either candidate, for any of you who frequent my personal Facebook page, you know that I’m not a fan of DT. As a dual citizen of the US and Canada, I did vote in this election—for Hillary, who I perceived as being the lesser evil—and who had a sense, at least until the bitterness grabbed hold of her too, of how to disagree without being disagreeable. For that reason, I trusted her more to run what has historically been the world’s most powerful and influential country. 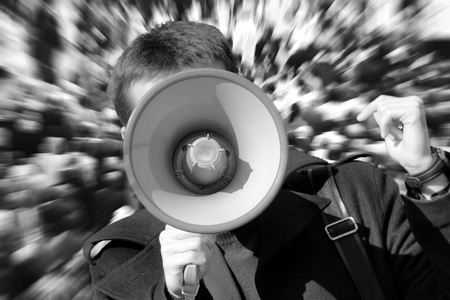 Indeed, I admit to having strong negative feelings about DT, about the man he shows himself to be to the general public, to the unhealthy message he sends. As we all know, he has said many despicable things about many groups of people—and has allegedly done any number of invasive, juvenile, illegal acts toward women. In addition, he has gotten away with treasonous types of behaviours that hopefully he will one day be held accountable for. And since being elected, his divisive, dangerous fearmongering has largely contributed to a marked increase in hate crimes—possibly with more to come. I do not think he is positive material for becoming President of the US—and I don’t believe anything could change my way of thinking about that.

I do understand how this happened, in terms of the unrest in that country—which also reflects the unrest in many other parts of the world—even here in Canada too. And I know there are obviously a great many people who disagree with my thoughts about DT being President, because he was elected. Although I wish that wasn’t the case, I know there is nothing that I—alone—can do about it.

WHEN THEY GO LOW, WE GO HIGH

I loved hearing that from Michelle Obama. I don’t think that happened enough with either candidate, although I often saw DT going very, very low—and he is still doing that. In my opinion, this is just not helpful for any of us to do. For him, I believe it comes from a narcissistic, grandiose need to be The Most Important Person on the Planet—very probably because, in reality, that is not at all how he sees himself at 3 o’clock in the morning—one of his favourite times to disparage others via tweets. I don’t particularly mind that this guy, as a private citizen, has any number of identified and potentially dangerous personality disorders, therefore qualifying him for the condition of “mental illness”—but what I really don’t want to see is a mentally ill person in the role of POTUS.

Needless to say, my opinions and preferences unfortunately no longer have any bearing on what has become the new reality. I just dread the idea of the new normal that comes from our government officials being steeped in hatred toward others. We already have enough of that in the world today.

So what can I do as an individual as I find myself caught up in a situation that brings me dissatisfaction, unfathomable disbelief, and the fear that the world as we’ve known it may never right itself again?

The new normal seems to be a society where fearmongering and hate crimes are allowed to run rampant without many consequences, where people can obtain guns easily and women have trouble gaining control over their own bodies. Where people of colour, various religions, and gender diversities have to tread carefully. How could this have happened, what has been unleashed? When I was a teenager, my family lived for two years in the heart of the deep South in a small town in Alabama. Even though we were white, we were ‘yankees’ from New York, not Baptist, and we had friends who were black—so we were persecuted too. I know what that feels like. I thought that was over, that those days were done. But 50 years later, here we are again—same milkshake, different flavour. Will we, for example, be faced with ‘coloured’ water fountains and bathrooms again? Could this really happen?

I’ve often wondered what makes people so terrified of those who are different from themselves. What is that really about? Why do these differences matter so much? Why CAN’T we live in peace, why CAN’T everyone just get along?

And even if we can’t all get along, couldn’t we at least decide to disagree without being disagreeable? Do we feel so badly about ourselves that we have to strive to make others feel badly about themselves too?

As you can see, I definitely don’t have all the answers. Mostly I just have questions. But maybe others who think like I do can practice even more loving kindness in 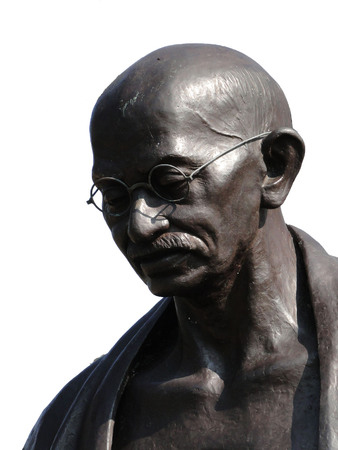 the midst of all this craziness. Maybe we don’t have to all agree about everything—that would lead to a pretty boring world anyway. Maybe we could just role model the idea of disagreeing without being disagreeable—and dangerous—toward each other.

Maybe, as Gandhi so wisely suggested, we who understand the deep importance of living this way could be the change we want to see.

Will you join me?