I don’t know about you, but 2021 went by quickly for me – and here we are again, almost at Valentine’s Day. In my past, as a brutally self-trashing codependent woman, this was always one of my least favourite days – because I was either in a dysfunctional relationship or I was alone and lonely, wishing desperately that I was partnered with someone – anyone.

Either way, the approach of Valentine’s Day didn’t bode well for me. 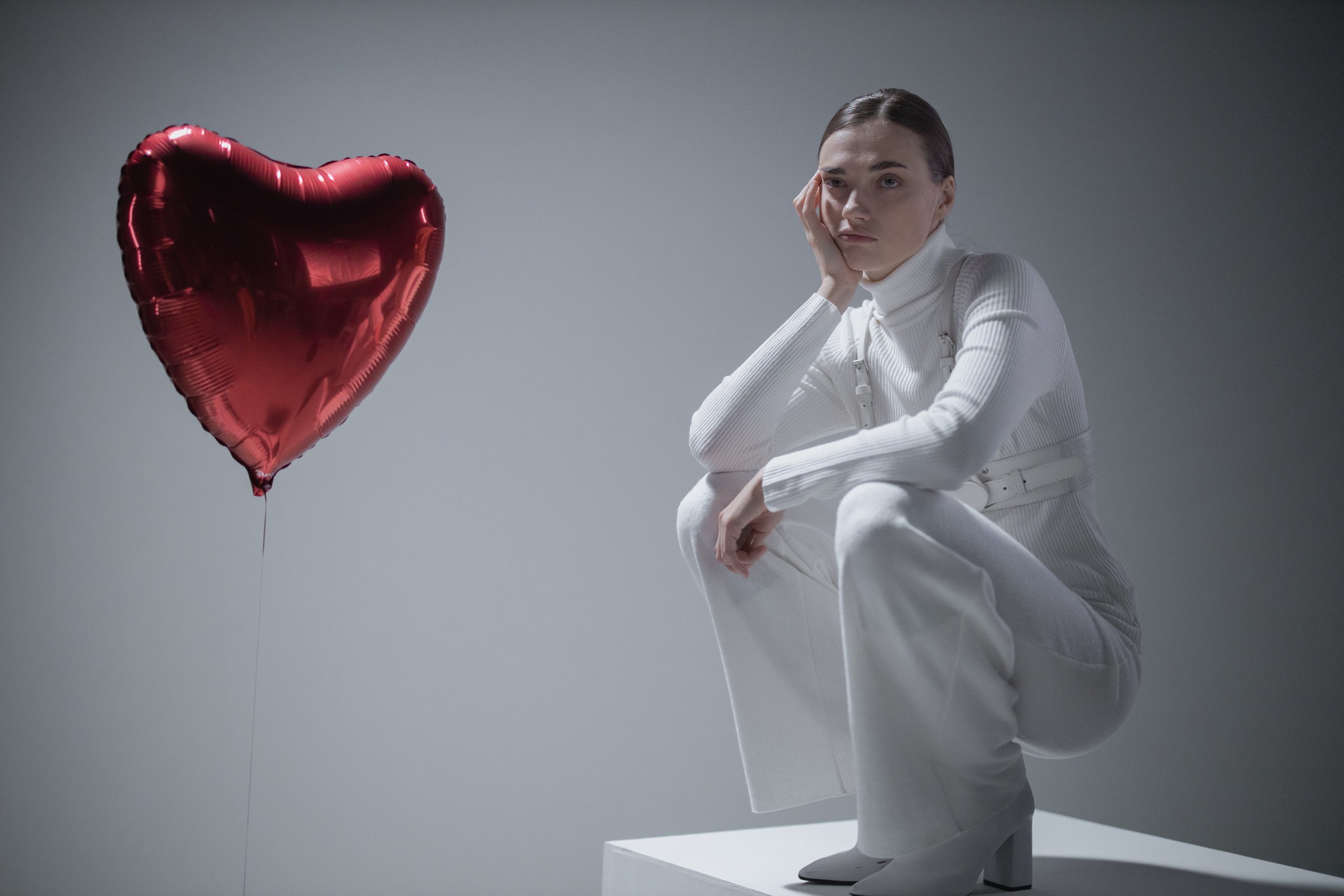 I remember well those years when I was in one of my difficult, unhealthy relationships when Valentine’s Day rolled around. In those days, my most prominent inner states were dissatisfaction and emptiness. I just couldn’t seem to ‘get it right’ and neither could my partners. I always felt like I was giving more to the relationship than they were – and unbeknownst to me at that time, this was one of the major themes of the story of my life. I’m aware now that this stemmed from a childhood in which I rarely felt accepted or cherished or loved for who I authentically was – so I had to pretend to be someone else. I had to give more and more without asking for anything back, basically playing second fiddle and not having expectations of getting any of my own needs met.

Because I had become so comfortable in this unhealthy role – I’d been in it for so many years as a child – as an adult woman I simply slid into it without much fanfare. And unfortunately I didn’t realize that I had been attracting men who wanted a woman just like me – one with no needs.

Or so they thought…

And then came Valentine’s Day – the day when I was supposed to be shown unconditional love. The problem really was that, back then, I wouldn’t have known unconditional love if it came up and bit me on the butt – or anywhere else! And because I was never satisfied with anything, the poor guy I happened to be with that particular year couldn’t have gotten it right even if he’d tried standing on his head and turning purple for me.

If I received flowers from him – which didn’t happen often – they weren’t my favourite ones. Chocolates? Not the kind I liked. Out for dinner? There would invariably be something wrong with the food or the service, and we would both feel horrible by the end of the evening.

But being the codependent woman I was, I would generally have a wonderful gift for him – one that cost me more money than I had, one that I’d have spent hours agonizing over – one that would show him how much I loved him so that he would, in turn, find me worthy enough to love me back. The problem? What I was trying so hard to obtain wasn’t really “love.” In fact, it was so far from what love truly is that I’d end up feeling empty anyway – and angry and hurt and hopeless and, worst of all, deeply ashamed because all of this triggered my very real feelings of not being loveable in the first place.

This unintended travesty went on for many years. My patterns were so entrenched that I had no idea they existed, much less how to get out of them. It was even worse for me if I was not in a relationship when Valentine’s Day rolled around. It would be a day I dreaded, as I would watch couples on the street holding hands or see ad after ad on TV leading up to it, compounding my horrible beliefs about myself. I fully believed that if I wasn’t in a relationship on Valentine’s Day, there was something inherently, deeply wrong with me that nothing could fix – nothing, that is, except to find a guy, virtually any guy, and pretend we were in love. At least, until that day was over. Sometimes this strategy worked to alleviate my loneliness – and sometimes it didn’t. When it didn’t, I felt like I wasn’t sure I wanted to go on living.

How’s that for a “Happy Valentine’s Day”?

My last codependent relationship brought me to my knees, literally. I remember that day very clearly, even though it was more than 30 years ago. I was feeling so miserable in that relationship – it was a misery I knew well.  At that point, I’d been in recovery from opioid addiction for about three years – and I still had days when I felt like I didn’t know my own name, or much of anything else. But I had been actively working on myself that whole time: I was in therapy, I participated in several recovery support groups including ACOA and Codependents Anonymous, and I read self-help books voraciously. What I did know for sure was that I wanted things to be different in my life – I wanted to be different in my own life.

I had no idea how that was going to happen. I was a mess. I was in yet another emotionally abusive relationship where I resentfully gave too much and didn’t get my own needs met. I was terrified to be alone and I was terrified of staying in that situation. I felt absolutely trapped, with nowhere to turn…

Now, I’ve never been a traditionally religious person per se – my leanings have always been more spiritual. I didn’t know who or what I was asking for help, and it took a while for me to feel better. But, somewhere deep inside, I knew that becoming awake to my intense emotional pain was the first step – and asking for help was the second. I made the decision, right then and there – on my knees – to stay out of “romantic” relationships for a while and to begin to know myself in a much more authentic way. I was determined to do this because I understood the definition of insanity that I’d been hearing for years: doing the same thing over and over, expecting different results. That had been my M.O. for as long as I could remember, and it was time to change my ways. 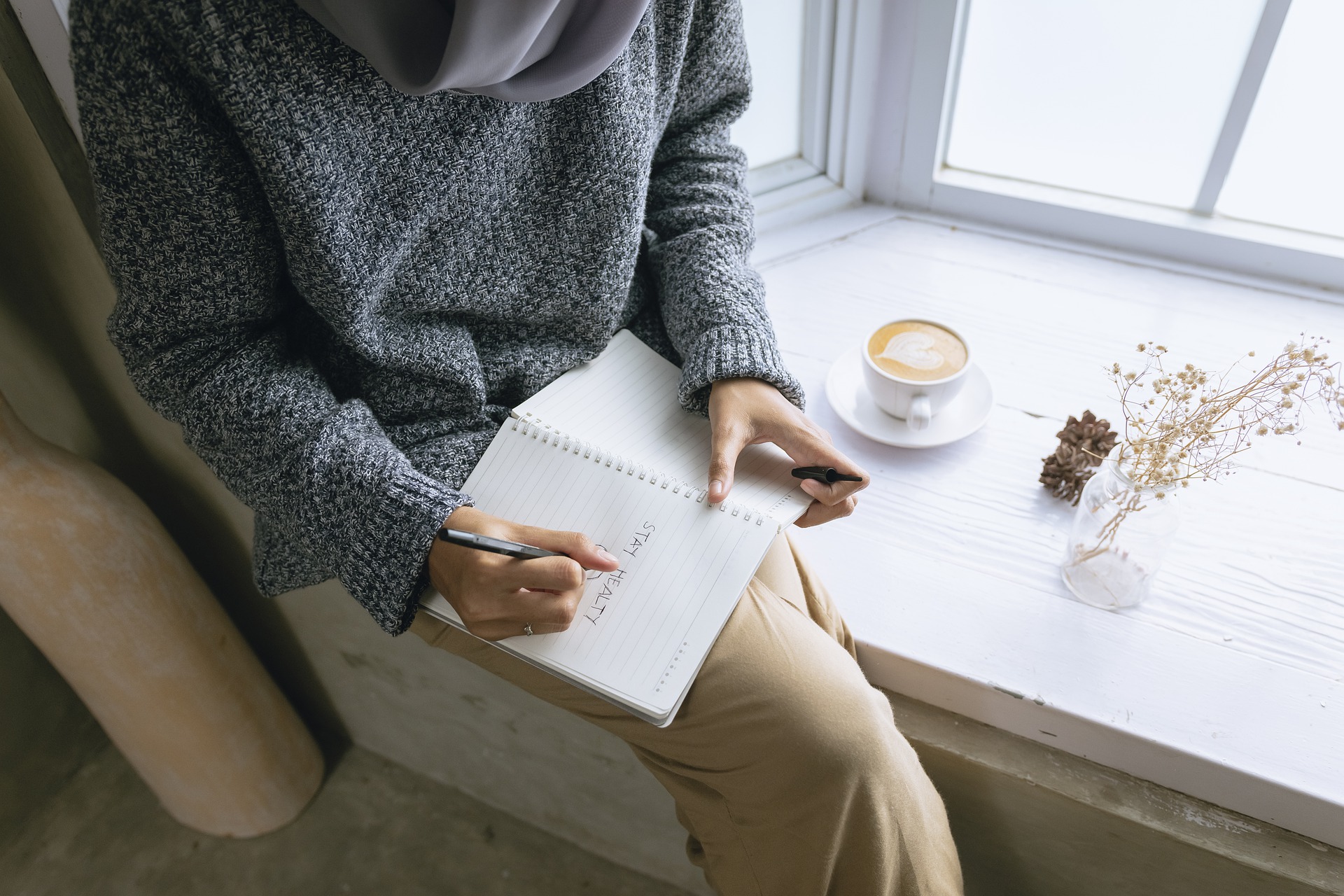 Door Number Three: Don’t Give Up 5 Minutes Before the Miracle Happens

Some of those wonderful sayings I’d been hearing during my early years of recovery were beginning to make a lot of sense to me, and not giving up before the miracle happens was one of them. Despite the many difficult challenges of my life, I had never been a person who gave up easily – but I can tell you that I definitely had my moments of just wanting to run away screaming.

We live in a very ‘coupled’ society, in so many ways. And all those years ago when I made that decision to be on my own, a woman who chose to be alone was often seen as some kind of shameful failure – as well as a potential threat to the other coupled women out there. There were times that I felt so very lonely without a man to focus on, and as time passed I could see that this had been a major facet of my overall addiction. Some days it took everything I had not to flirt or hook up with someone I met ‘in recovery’ – I certainly had ample opportunities to do that. Whether that kind of connecting would have devolved into a one-night stand or a longer yet inevitably dysfunctional coupling, I knew that this would feel like a relapse to me. I had to stay the course, no matter what. I had to learn who I was, so I could bring a healthier version of myself into the next relationship – when I felt ready for that.

I definitely didn’t want to be on my knees again, begging for the very same help.

So the years passed, one day at a time, and I slowly began to know myself. And the biggest surprise was that I actually began to LIKE myself. I dated and I had male friends that I enjoyed. I spent time with my cherished girlfriends and continued to devour the self-help books that were changing my life. I found that I was doing fine as a single woman, even though my most challenging days of the year consistently were my birthday, Christmas, and – yes – Valentine’s Day. But each year, I stayed the course and learned how to be alone with myself in healthy ways.

I came to an important conclusion. I now believe that all of us, especially those of us with codependent tendencies, need to have some of our own money. Even if we are sharing a joint bank account with someone, we need to also have some funds of our own that we can have access to whenever we want. I think we all need to know how to drive just in case we ever have to, and – perhaps most importantly – we each might want to spend some time alone by choice, out of a relationship, so that we can develop our own self-respect and really get to know ourselves deeply. This way, we can attract emotionally healthy partners and bring our own healthy selves to the mix.

That is, IF we choose to couple again. What a concept!

Whether you are in a relationship when Valentine’s Day rolls around on February 14th or you’re not, my question for you is – what will you do for yourself this year? Will you buy yourself your favourite flowers? Will you indulge in the chocolate you love the most? Will you find or make a wonderful card and give it to yourself? Will you spend the day and evening doing exactly what you want to do and feel awesome about it?

That’s what I’ll be doing. Want to join me?