On July 18, 2017, just a few days from now, I will be celebrating 30 years of continued recovery—primarily from prescription pills and pot. As I look back on these years, what I know for sure is that I definitely feel as if I’ve been born again within this one lifetime. 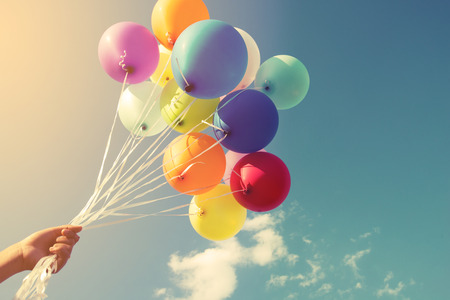 So how did this happen? Truly, when I first started my recovery from addiction, if anyone had told me that I would someday have 30 years, I would have told them they were crazy. I couldn’t see past my own nose, at that point. I often felt like I didn’t even know my own name, especially in those early days in detox.

And yet, here we are.

The Storm Before the Calm

And the way it happened was simply one day at a time. I made the decision, each day, that I would not use a mind-altering substance during that 24-hour period. As they say in Narcotics Anonymous, I didn’t use even when my ass was falling off. It was indeed simple—just not always easy.

In 1973, I suddenly became very ill and was diagnosed with Crohn’s Disease—an inflammatory bowel condition with no known cause and no known cure. It can be a very difficult illness to manage—it’s painful, unpredictable, and potentially embarrassing. For many years, I was given prescriptions for valium, oxys, and codeine over and over again, week after week—as much as I asked for. It didn’t take long for my body to become addicted to all of them, although in those days I had no conscious awareness of that.

And then I re-discovered pot and life became easier, as if by magic.

I had smoked some pot recreationally in university, but it had never been a problem for me. I enjoyed it, but I could easily take it or leave it—and often left it for long periods of time. But the combination of the pain of Crohn’s and the relief that pot brought became irresistible over the years. I was definitely hooked.

Back in the 1970s, and well into the 80s, the concept of addiction simply wasn’t on the radar the way it is today. None of my many physicians had the presence of mind (or, in their defence, the knowledge) to warn me that what I was doing could become dangerous. They saw a young woman in their office who was traumatized by this horrible illness and they felt powerless—something I’ve discovered that doctors just hate to feel. So they did what they knew to do—they over-medicated me. And of course, back then, my pot use was very secretive—in those days the idea of legalizing marijuana was totally unheard of, so no one had any idea how much I used on a daily basis.

It was almost too late when I discovered, in 1987, that I was indeed addicted to all of these substances—and that they were all depressants in my system. My “bottom” came when I started visualizing how I could—and maybe would—kill myself with the plethora of pills I legally had in my possession. I knew it could be a very easy way to go—and then my suffering would be over.

And even though that did feel like the ‘easier, softer way out,’ I am so grateful today that I made a different choice. I ended up calling the Vancouver Crisis Line and the amazingly compassionate person who answered my call basically saved my life. On their suggestion, I followed that up with a visit to an organization called SAFER which provides counselling to people who, like myself at the time, are suicidal. From there, I voluntarily checked myself into the psych ward of a local hospital, where I stayed for almost a month. While in the hospital, I met two other addicts who were trying to stay clean and sober—they were going to daily Narcotics Anonymous meetings so I started going with them.

That was the true beginning of my recovery from addiction.

I sat in those meetings and cried and sobbed and shared my story—and at the end, people would come up and tell me to “Keep coming back.” No one in my family of origin had ever said that to me—I never really felt like I belonged in that family—so I felt shocked and shy when I heard that. But I kept coming back, for many years. And even when my ass was falling off, I chose to stay clean and just get through that day.

And here I am, at 30 years clean and sober—a true work-in-progress.

As time went on, I decided I wanted to work in the addiction field—as many recovering addicts want to do. I had been given so much help and love and respect—and I longed to be able to do the same for others who needed that as much as I had. I have now been doing this work for over 25 years—specifically with families where addiction is a major issue, because I know that everyone is affected and everyone needs to heal.

So—what have I learned over these years? People frequently ask me that—and it’s a HUGE question! I’ll name some of the biggest pieces.

I’ve learned that the Serenity Prayer is right on the mark: I can’t control anyone but myself, try as I still might some days. I am so happy to finally have “the wisdom to know the difference” between what I can and can’t change. This wisdom has gradually, over the years, stopped me from using so much of my precious energy trying to have impossible influence over other people and the situations I find myself in.

I’ve learned that those situations I find myself in, both positive and negative in nature, are really of my own making—born out of the choices that I’ve made. I can take credit for the strides I’ve made as well as the ones that are yet to come. And I can also take responsibility for the ones that didn’t turn out all that well—as difficult as that may feel sometimes.

Although I’m still not a big fan of uncertainty—and may never be—I can handle it much better when it comes along, which is usually several times a day since I can’t control anything outside of myself. And when the unexpected does pop up, so do things like disappointment, frustration, sadness, fear—and I handle those a lot better too, most days.

Whenever I have a problem with any of this, I know I have options to help me deal with it. I can pick up the phone and call someone who loves me—people who genuinely care about me enough to listen to me rant and then gently help me get back on my path. I can meditate, I can listen to an encouraging podcast, I can go for a walk while I listen to music I love—and perhaps my favourite of all, I can take a nap. (I’ve learned that naps are one of the best creations ever—along with chocolate, of course—and I’m very grateful to whoever it was who thought those up!)

I’ve learned that “This Too Shall Pass” is totally true. When I’m going through something really challenging and difficult, this too shall pass. When I’m feeling wonderful, in alignment with the world and things just couldn’t possibly be better—this too shall pass. Either way, I have the choice to understand that there is at least one juicy lesson for me in all of these experiences—good, bad, and ugly—and I can also choose how I ultimately decide to accept those lessons—either gracefully or kicking and screaming. (Hint—gracefully always feels better.)

But above all, I’ve learned about self-respect, which has to do with how we feel about ourselves, deep down, at 3 o’clock in the morning. It is the key to being holistically healthy, and it is the most important thing we have or don’t have. For the many years that I lived without my always essential self-respect, I was a candle in the wind, a doormat, and an expert at codependent manipulation.

Even though I’m not like that anymore (to the best of my ability, one day at a time), I clearly remember what it was like to live my life from that horrible, empty, self-judgemental place. “Self-respect? What’s that?” I would have asked if anyone had tried to talk with me about it. I had no concept of it, and most of us don’t—until someone finally explains it to us. Today my self-respect is non-negotiable, I absolutely will not give it up to anyone again. And I talk about it a lot with my clients, because it’s crucial for us all to understand how much easier it is to live a much happier life with self-respect than to have to live without it. 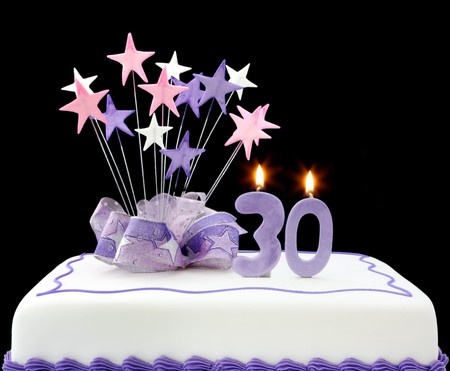 So now that I’m 30 years clean and sober, what is my next step? I love my life the way it is today. I never thought that could be even remotely possible, all those years ago when I was suicidally depressed. No one could have convinced me that this could happen—that even though my life may not be perfect, it is absolutely amazing to be here.

As I celebrate my years of recovery from drugs, alcohol, and a number of other addictive behaviours, I believe that I’ve gotten the hang of it, one decade at a time—and I think I’ll go for 30 more!

Want to come with me?